View our full portfolio, submit orders and connect with us on Sevenfifty at sevenfifty.com/Craftws 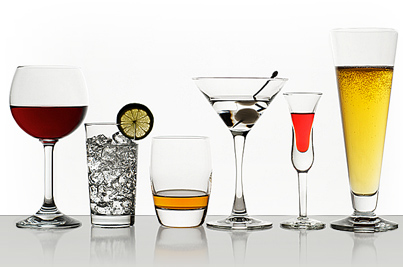 Bourbon is a Boon to Sales

Bourbon is busting out of the confines of mint julep glasses and oak-paneled men’s clubs to become one of the fastest growing liquors, with sales skyrocketing 40% in the last five years, according to Euromonitor.

Part of the appeal, says Tom Pirko, president of Bevmark Consulting, is that bourbon is a uniquely American product. Vodka is vodka whether it’s made in Moscow, Russia or Moscow, Idaho, but in order to qualify as bourbon it has to be distilled in the U.S.

According to Fortune magazine, vodka is still the No. 1 best-selling liquor, but with sales flattening, now is a good time for retailers to shift the emphasis to bourbon.

Here are some ways to do it:

Offer quality products at a variety of price points

Bourbon can range from $15 to $1,500 a bottle, but according to Martin Miller, category manager for Niemann Foods, retailers need to know what will appeal to their customers. That $500 bottle of Pappy Van Winkel, deemed the Holy Grail of bourbon by some, may be scooped up in one location, but gather dust somewhere else.

Miller gives new offerings a trial run at tastings. Sampling events give bourbon lovers the chance to try a new brand and add it to their liquor cabinet, but also presents an opportunity to convert curious consumers to bourbon drinkers. Due to state laws, Miller enlists a vendor who is knowledgeable about spirits and can answer customers’ questions, to host tastings.

Sponsor a trip on the Bourbon Trail

Since tastings are restricted in some jurisdictions, retailers can introduce drinkers to bourbon by hosting a trip to Kentucky’s Bourbon Trail. The popular tourist attraction, which winds its way through Bluegrass Country, makes stops at such famous bourbon distilleries as Evan Williams, Jim Beam, Maker’s Mark and Four Roses. Retailers can promote the trip for bachelor/bachelorette excursions, college graduation trips, and as a memorable vacation for lovers of good bourbon. To create a buzz about the experience, retailers should encourage travelers to document the trip and their adventures, on the store’s blog.

← Back to all news